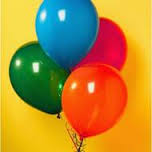 This Deflate-Gate controversy had me thinking about 9th grade chemistry and wondering about the effect of temperature on the balls. I saw that CAR kicker Graham Gano recently tweeted that he is often frustrated by how the balls naturally lose their air pressure when going from an indoor setting, where the inflation pressure is set and checked, to a cold outdoor setting. Could NE's balls have lost their pressure due to the temperature?

If we change any one of those variables, we can solve for the others. Because k=k, we can write:

It's all coming back now, isn't it? (Aww man, I've got a quiz in English next period and I didn't do the reading. What happened in chapter 7?)

Back to New England. The NFL rules are that the balls must be inflated to between 12.5 and 13.5 psi. The report I just read said that 11 of the 12 balls were under-inflated by 2 psi each. I assume that means they must be about 10.5 psi. Let's say it was 70 deg F indoors. The temperature at kickoff was 51 deg F according to the official NFL record, fairly warm for Foxboro this time of year. One gotcha is that temperature and pressure must be expressed in absolute terms, so we need to translate the temps into the Kelvin scale and the baseline atmospheric pressure to the gauge pressure.

Assuming V1=V2 (the ball does not significantly grow between 10 and 13 psi) and that no deflation occurred, the mass of air remained the same and we can write

Since V1=V2, they cancel out. Solving for P2, we get 26.2 absolute psi, which is 11.5 gauge psi. That only explains a half of the discrepancy, and there's still 1.0 psi left to account for. But the volume of the ball does change when inflating, which is the whole point of deflating it to make it easier to hold, throw, and catch. But it only does so slightly in that range of pressure, probably by a few percent. And a shrinking ball would have the effect of mitigating the loss of pressure.

Any warming that may have occurred during halftime when the balls were re-examined would reduce the effect of temperature, and leave more of the discrepancy unaccounted for. Certainly, a full half of play might deflate the balls, but 11 of the 12 were under-pressurized, so I doubt that would explain it. Some balls would be affected much more than others depending on what kind of abuse they get.