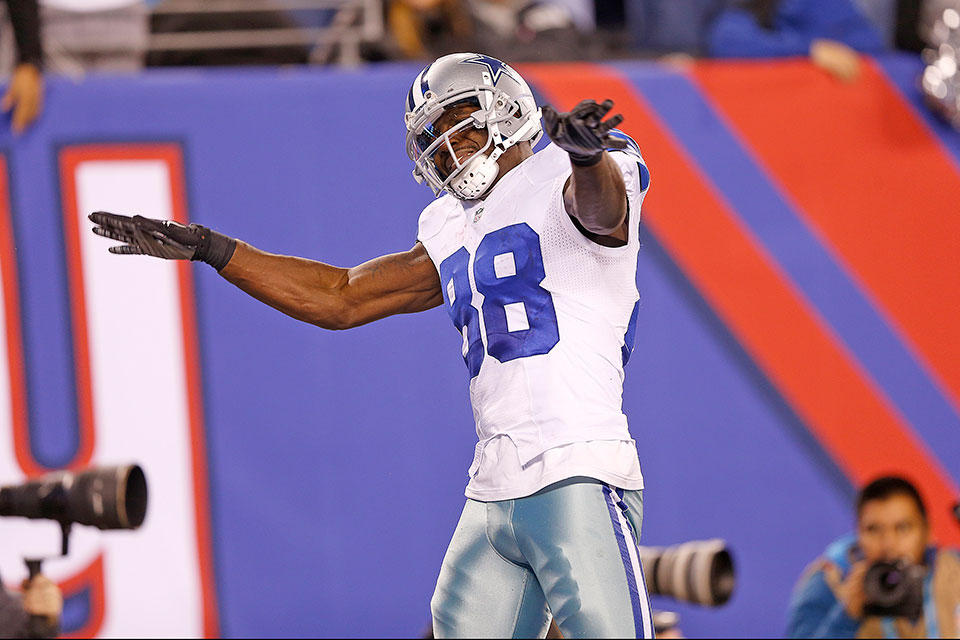 This week saw the least amount of change we've seen in the rankings all season.  Though things should be stabilizing anyways with every team having finished over two-thirds of their schedule, Week 11 was an anomaly nevertheless, with 12 out of the 14 favorites holding serve, based on the AFA game probabilities.

The fortunate byproduct of that chalk (from an entertainment standpoint) is that few postseason races saw big shifts in playoff probabilities for teams on the bubble.  However, that figures to change this week, with seven out of 16 games pitting two teams that currently either hold or sit within one game of a playoff berth.

This week's write-up will center around those races, starting with a look at a pair of squads playing this Thanksgiving.

Looking at the state of the two traditional Thanksgiving hosts.


- The Dallas Cowboys have developed an unseemly reputation for their recent late-season failures, but 2014 is starting to look like a potential exception.  The Cowboys have been a top 10 team in these rankings nearly the entire season, and at 8-3, Dallas is in strong position to return to the postseason for the first time since 2009.

The question, of course, remains whether or not the defense can hold up long enough to stave off the Eagles for the division and/or the other NFC wild card contenders.  One important fact to highlight is that the defense is not dependent on the offense to play keepaway, as many have suggested.  In the four games in which the Cowboys have lost the time of possession battle, the defense has allowed an average of 5.87 yards per play, right in line with their total season average of 5.9 yards per play.  They've allowed an average of 26.8 points per game in those contests, well above their 21.8 overall average, but that's to be expected when the opposing offense gets more plays to run.  On a per-play basis, the defense isn't any worse.

The thing is, that standard isn't particularly high to begin with.  The Cowboys rank 24th overall in defensive efficiency, highlighted by a 7.0 opponent net yards per passing attempt that ranks seventh-worst in the league. In fact, after peaking with a trio of impressive performances in victories over New Orleans, Houston and Seattle, the pass defense has gradually dipped into a decisively below-average unit:

A relative lack of talent was always going to limit the unit's upside, and it's taken the likes of Henry Melton, Rolando McClain and Tyrone Crawford exceeding expectations to prevent the doomsday prophecy many forecasted in the preseason.  In fourth-quarter one-possession situations, the Cowboys defense suddenly turns into a juggernaut, allowing just 4.1 yards per play, third-best in the league under those parameters. For reference, the Broncos lead the league in allowing 4.8 yards per play this year.

Furthermore, the offense has reciprocated that late-game "clutchness," averaging 5.6 yards per play in fourth-quarter one-possession situations, eighth-best in the league.  The Patriots and the Cardinals are the only other teams that boast top-10 offenses and defenses in late-game clutch situations; not coincidentally, all three squads are exceeding their Pythagorean win expectancy at the moment.

However, even some late-game regression probably isn't going to derail Dallas on its own.  DeMarco Murray has slowed down from his historic pace a bit—which is certainly no shame—but in reality, his efficiency remains third-best among all running backs with at least 100 carries.  In fact, some of his bigger swings in Expected Points Added (EPA) came earlier in this season, when his MVP candidacy shone brightest:

Tony Romo's health will remain the X-factor that no model can account for, but there's no reason to expect his back to give out.  In the two games since his scary injury against Washington, Romo has posted a whopping 12.8 adjusted yards per attempt, best in the league over that span.

That Week 8 loss to Washington might leave Dallas out in the cold during the NFC East race if they only garner a split with Philly.  However, even though the 8-3 record has been fueled by overperformance in the most timely situations, Dallas likely has enough in the bank to squeeze their way into the dance.


- One of the teams rooting for a Cowboys collapse will be the Detroit Lions, a team that has seen its stock plummet over the past two weeks.  The Lions' 7-4 record still looks shiny, and losing consecutive road games at Glendale and Foxboro is hardly a catastrophe.  However, having been outscored 48-15 in those two losses, few consider the Lions an elite Super Bowl contender anymore.

There's time for that to change, of course, and Detroit's No. 12 ranking suggests that they are a fringe playoff contender.  But a once-explosive offense is now below-average in both passing and rushing; the struggles of the last fortnight are particularly puzzling when considering that Calvin Johnson has returned from injury both contests.

It's strange to see Matthew Stafford regress after seemingly adjusting well to the lower risk West Coast principles of first-year offensive coordinator Joe Lombardi.  Stafford's interception rate is rising back towards his career norm, meaning that his dip in per-attempt metrics is no longer being masked.  It's possible that Stafford's two-week funk is simply a fluke, for he did experience a very similar stretch against Buffalo and Minnesota earlier this season:

One would expect Stafford to bounce back as the level of competition gets easier.  Three of Detroit's final five games are against Chicago and Tampa Bay, two teams in the bottom six of pass defense success rate.  Stafford does not face a truly stiff contest until Week 17 at Lambeau, by which point the Packers may have nothing left to play for.

The defense is the bigger concern, particularly against the pass.  Detroit has relied on an otherworldly front seven to cover up an average secondary, a formula that has worked for much of the year.  However, the corners have been forced to win more one-on-one battles in recent weeks, and the results have not been pretty.  The 34-point outing against New England was the first time this season that the Lions have allowed more than 24 points in a game, but in reality, that type of explosion was brewing for a while:

It's not so much the explosive plays, but rather the papercuts that have cut down the Lions.  Perhaps scheming against Detroit's fearsome four-man pass rush, teams have resorted to shorter route concepts designed to get the ball out quickly.  Last Sunday, Tom Brady relentlessly targeted Cassius Vaughn and Rashean Mathis on comebacks, hitches, sticks and other quick targets; the game plan worked to a tee, as Brady was not sacked once.

Indeed, from their seventh game on, the Lions are allowing 42.6 percent of opposing passing plays to gain first downs, by far the worst mark in the league.  The gap between the Lions and the second-worst defense, the Cowboys, is equivalent to the gap between Dallas and the 12th-ranked Jets.  By spreading out and willfully ignoring the impregnable interior of Detroit's line, opposing offenses are redirecting the spotlight towards the ugly features of the Lions defense that had previously remained hidden behind a veil.

An improvement from Stafford is the logical balancing antidote for this.  However, Stafford has yet to win a game on the road against a winning team in his career, as he is now 0-16 (!) after the Patriots loss.  Considering that Detroit will most likely hit the road in the first round, if they reach the postseason at all, that mark must be discouraging for championship-starved Lions fans.